Hey folks, Akash here! I haven't written here for a while now, but I thought of at least writing a newsletter/blogpost on an exciting journey I had gone on recently. Last weekend, I decided to take the family out for an adventure, as it had been a while from our previous one. We decided to go to Raigad fort, which was the Maratha empire's capital, and is at a very high altitude. Read till the end to read about our night-journey coming back ;)

We've visited a few other forts as well, and always passed besides this fort while passing to or from the nearby beaches. Because of the height of the fort, a ropeway has been created on it (which has surprisingly been active from the 2000's). And, being a little further away from any civilization, it sounded like a driving adventure as well. So, off we went!

If you're from Pune (or Mumbai), you already know how the road goes. If you're not, here's a typical description of how you'd reach the ropeway or any nearby beaches. We started at 7 am and reached at 12.30PM, so your mileage may vary.

This is the easy part, but the most traffic-heavy. You start near the south-west edge of Pune, where the Mulshi area starts. The roads have been widened because of the traffic, but expect to drive through a busy area. You might get some elevated roadways, but there are some scenic views of the backwaters as well.

At the end of the whole Mulshi Dam journey, and just where the Vitthal Kamath restaurant is present (where you should go to have breakfast/brunch with a scenic view of the dam's backwaters), Tamhini Ghat will start.

Known as one of the most dangerous and scenic (in monsoon) roads of MH, it's definitely one of the more interesting parts of the road-trip. While you may generally expect to see random waterfalls on this road, during summer, it's mostly dried up.

The drivers drive quite fast through these mountaineous turns, so stay on your toes. There are warning signs and lights everywhere, so keep your eyes out for them. They make a night journey possible as well, which we'll come back to at the end.

The second-last leg of the journey, after coming down Tamhini Ghat is the MIDC Road. This (mostly) well-built, several kilometre long stretch of road was built to facilitate transportation among the various industries on this lane. Civilians (you & me) can take advantage of these roads for a nice ride as well. Just be careful of all the trucks around.

For the real, final stretch of the journey, you get to travel through a plain road, and another Ghat. Luckily, most of this land is unpopulated for several 10's of kilometres, and if you arrive at the wrong time like me, there should be no cars on the road either ;).

The road here is quite beautiful, even in the night, with proper signs displayed everywhere, and fluorescent strips across the road and on the side railings. This part of the journey feels like it takes too long as Raigad is always in view, but still far away because of the distance and altitude.

You Have Arrived at your Destination

Finally, after this near-4 hour journey, you arrive at Raigad. The scale of the mountain is quite visible from here, as you can see upwards from the foothills here. You may also wonder how the ropeway climbs such a steep distance. But surprisingly, it has been in existence without any incidents over the past 15+ years.

You have to buy your tickets at the counter, and who goes on the ropeway is based on the ticket number being announced. We reached at 12.30PM but managed to get on the ropeway at 3.30PM, so you can imagine how it went for us.

The ropeway experience itself is quite amazing. You really don't expect it to climb such a vertical distance. People who have fear of heights might start getting the jitters, and people who don't have a fear of heights may either find it pleasant or get one.

Once you get to the top, the majesty of the fort's landscape strikes you. There are not as many steps to climb to the top here, and all is plain and easily walkable. I won't spoil all of the things we saw here, but we had fun going to and taking photos of the most famous points, while taking a peek from the top of the mountain everywhere.

I wouldn't want to spoil all there is at the top, since it's recommended to see it yourself. But, I would like to talk more about the journey while coming back down. We explored all we could between 3.30PM and 6.30PM, and decided to come back down. However, since there was a queue at the bottom while going up, there was a queue at the top as well. We had a similar numbers-callout system going on here too.

Through this and other technical-issues related delays, we eventually came down at 7.30PM. By this time, there was no sunlight, and it was complete darkness, save for artificial lights around. This part of the journey was kinda scary, because the only lights visible were at the top and at the bottom, and the rest was complete darkness. We did reach safely though.

By the time we were thinking of leaving, it was already 8PM, and because of the notoriety of the roads and the complete darkness, we were debating whether to stay there at one of the hotels or go along on the journey. Eventually, after much back and forth, I decided to charge my phone at a local shop (since I was the only one with offline Maps), and decided to leave once it was charged.

Since the roads were mostly covered by fluorescent strips, including the railings, the road was surprisingly lit up. Because of the relative darkness everywhere else, this looked other-worldly and super scary, but it was good enough for driving. While driving on these roads, I also realized for the first time that cornering lights are something that exist and were on my vehicle as well, which was a 🤯 moment.

Other highlights of this part of the journey:

Luckily, other cars weren't as much of a problem. Actually, they were quite kind and let us through (probably because of the speed, size and bright lighting on the car).

While coming back, we sped through MIDC, safely through Tamhini Ghat (which had fluorescence everywhere as well), and then had dinner at the afore-mentioned Mulshi restaurant. At the end, we reached at 12.30 back home.

It was a very exciting journey, and I needed 5 days to completely recover from the tiredness induced by the whole thing. So, that's it about this journey, I've done other interesting travels through India over the past year as well, but never written about them.

Since there's not a lot of technical stuff I'm excited to write about nowadays (while I continue to wish to write), maybe I'll write more articles about my life, or things that I'm interested about at the time. 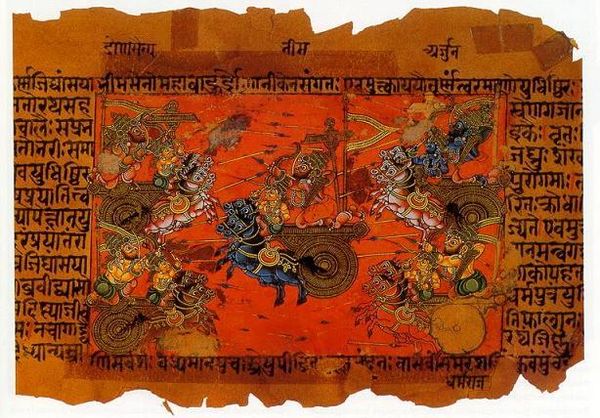 No, but the history between both dynasties is very interesting.

An introduction on how a render occurs in React, and a few tips on optimizing them.